The necklace was to die for. Seriously.

Kate Albertson is a word nerd, dog lover and high-end diamond thief. A heist-gone-wrong forces her to re-steal a certain necklace back from a rich man’s mistress. Kate only thought things were out of control before, as she now finds herself the prime suspect in a murder investigation. She quickly learns that while there may be honor among thieves, the same can’t said for those inhabiting L.A.’s most lavish homes and country clubs. It’ll take every burglar’s trick she knows to keep a step ahead of the police and find the real killer. 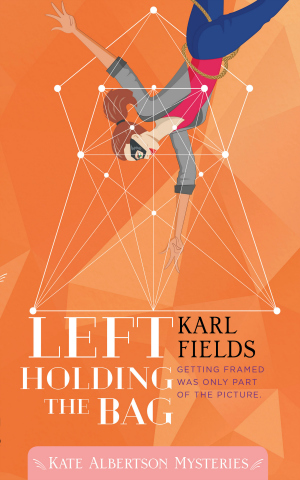 Getting framed was only part of the picture.

Bryce Dalrymple is at the top of his game. As one of L.A.’s premier sports agents, he represents only the most elite professional athletes and earns a sweet living doing it. He’s also just taken a bullet. Even worse, Kate Albertson’s best friend has been charged with the murder.

While Kate is positive Aubrey wouldn’t even hurt someone’s feelings, much less pull a trigger, there’s compelling evidence against her, and it’ll take someone with the guts of a burglar to find out who really wanted Bryce dead. Fortunately, Kate is a burglar. 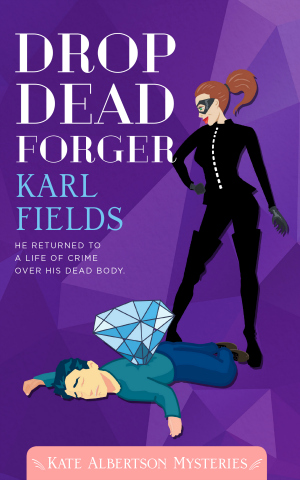 He returned to a life of crime over his dead body.

Ben Wagner is an old friend of Kate’s, one she hasn’t seen in years. So imagine her surprise when he shows up at her door … dead.

After a stint in jail for forging diamonds, Ben went straight, or so Kate thought. Then why was he carrying a phony rock at the time of his demise? And what was it that brought him to her door?

To answer those and other questions, she’ll have to retrace the footsteps that led Ben to his death, but she’d better tread lightly or she could face the same fate. Kate will also have to avoid the wrath of the homicide detective investigating the case, who’s itching to throw her in jail. The very second she slips up.